Something Will Happen brings together Lamorna Nightingale, SPIRAL, Nicholas Russoniello and Elizabeth Jigalin to create musical buffet humming with originality and expression.

Four 20-minute sets are scattered throughout the night for a warehouse party with a difference in Kammerklang’s sonic speakeasy: the Barbiturates Warehouse Space in Marrickville. Let your hair down for this chill pub vibe, grab a drink, have a chat, it’s our job to excite and entertain you – not your job to be quiet.

Join us for a night out with Sydney’s artistic underbelly… Something Will Happen.

Tonight’s Playlists:
The Sound of Kammerklang (Celebrating 10 years) – all of our releases!

Little Secret is for concert flute, backing track, and gate effect.  The gate is applied to the backing track, rendering it silent until the flutist plays, triggering the gate to “open” and allow the backing track to sound.  The backing track is assembled from unreleased recordings by the composer, specifically a collection of 33 songs called Miniatures.  These recordings were made in the years 1999-2003 using voice, piano, guitar, general MIDI patches and sequencing, and a Minidisc recorder.  The flutist’s every gesture excavates and surfaces a fragment, but even when exposed the song fragments are obscured, with numerous songs layered to sound simultaneously.

These songs are my “little secret,” a significant body of work that I have concealed for the most part from public consumption, that served a very personal, almost journalistic purpose.  By revisiting these teenage-diary-like recordings I’m going against every instinct of artistic self-curation to publicise sounds that aren’t necessarily the highest quality of production or execution, ones that revisit quite vulnerable artistic impulses with a new layer of motivation.  This piece is part of doctoral research into the nature of secrecy and safety in sound, currently undertaken at the Sydney Conservatorium of Music under the supervision of Prof. Liza Lim as part of the Composing Women 2018-19 program.

Little Secret was composed especially for Lamorna Nightingale for this recording project. It is a simplified version of Secret, composed for NY flutist Claire Chase, for May 2018 workshops at the Sydney Conservatorium.  A further, extended version for Claire Chase is in progress in 2019.

for alto flute and soundtrack is an ecology of water, a sonic response to the interactions of species within sea environments, evoking poetic echoes of time and water.

Ambient sound fields in oceans include not only those of living marine species and other natural oceanographic sources but also sounds from anthropogenic sources, commercial shipping and deep sea exploration for oil and gas.   Increasingly, submarine noise pollution threatens essential communication between family groups of whales, especially during epic migratory journeys.

Tystnad (Swedish: silence) may be perceived as a utopian dream state in comparison to that of our planet’s noise congested oceans. The work references my experience in a chance encounter with a majestic mysticeti Blue Whale near Húsavík, Iceland, close to the Arctic Circle and alludes to Swedish poet Ebba Lindqvist’s 1957 poem Vi som är födda vid havet, (We who are born of the sea).

Tystnad ~ silence was generously supported by an Australia Council for the Arts Music Fellowship and was composed at Konstepidemin, Göteborg, Sweden for flautist Anna Svensdotter.  I am grateful to marine mammal acoustician Dr Brian Miller of the Australian Antarctic Division for so kindly sharing his unique 2015 research recordings of Antarctic Blue Whales in the Southern Ocean, included on the soundtrack.

Her Pockets full of Inertia is written for solo flute and flute choir. The flute choir is separated into into three groups, with some performers using a handheld  a.m. radio. A fourth part is for sub contra flute (which can be substituted with a very low keyboard).

The piece is named after a poem by Melbourne poet Claire Gaskin, and some of the words from it feature in the score to share a little of the poem with the players whilst they play. The work treats the poem as an inspiration for a sonic world, creating an eerie atmosphere of stasis and clouded sounds. The solo part provides a more literal use of the poem with some words even spoken through the flute, and draws thematic material from the choir parts. 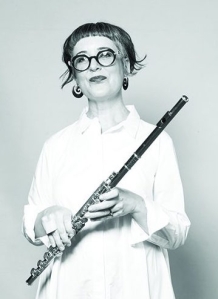 Lamorna Nightingale is a freelance flautist, concert presenter, educator and publisher who is passionate about the future of art music in Australia. She is a core member of the new music group – Ensemble Offspring and has been performing with them since 2007. Lamorna has many years experience working in the orchestral sectors performing regularly with many of Australia’s finest ensembles. In January 2016 she performed with early music ensemble Brugge Anima Eterna at the Sydney Festival and then the Lincoln Centre in New York. Since 2017 Lamorna has curated and produced a new concert series dedicated to new music in Sydney ‘BackStage Music’.  Lamorna has created several recordings of new Australian flute music with repertoire selected to suit flute players with less experience with new music. This music is now widely performed by students and professionals Australia wide and internationally, transforming for many flute players their experience of new Australian music. She has recently created and album of new Australian music for flute and electronics with an associated education kit designed to introduce school students to electroacoustic music. Lamorna has also created several pedagogical volumes of repertoire for young flute players through her publishing company, ‘Fluteworthy’. 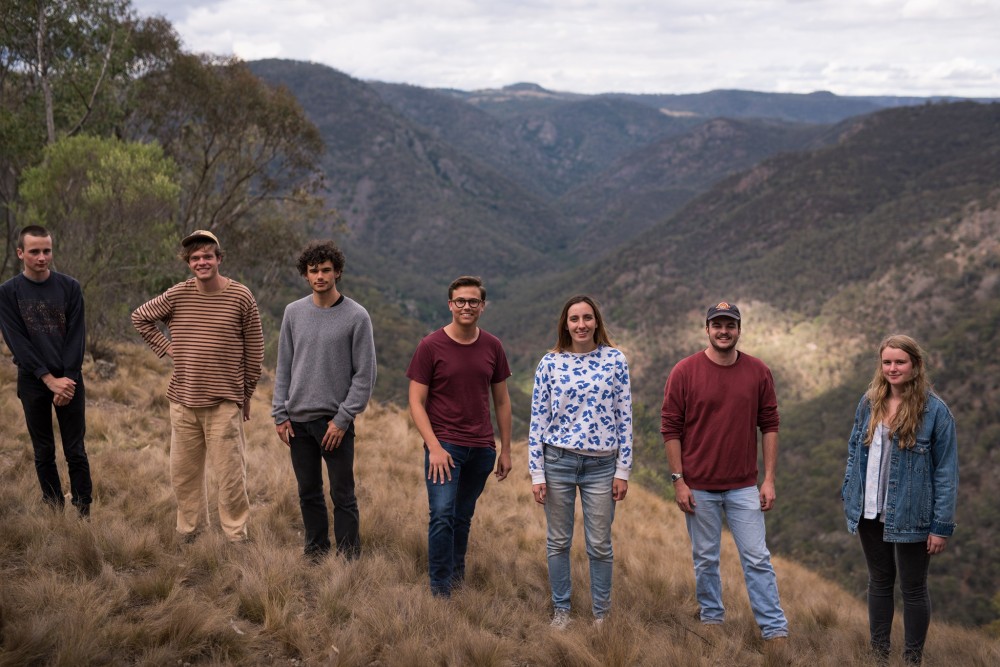 Spiral is a Sydney-based new music group of seven composer-performers, formed in 2016 by students at the Sydney Conservatorium of Music. Over the last 3 years, they have been invited to perform in concerts including Vivid Sydney, Backstage Music, and at 107 Projects, Redfern. In 2018, SPIRAL were invited to participate in a workshop with renowned US ensemble, Bang On A Can All Stars. The group have commissioned many new works both by its members and upcoming local composers. Characterised by their energetic performances and minimalist textures, SPIRAL aims to invigorate new music and engage audiences in unique, accessible concerts.

Nick Russoniello, one of Australia’s most dynamic young artists, enjoys an exciting and varied performance career both in Australia and abroad. Nick has been the recipient of a number of major awards including the 2011 ABC Symphony Australia Young Performer of the Year and the 2013 Fine Music Kruger Scholarship. Nick has appeared as a soloist with the Adelaide, Queensland, Melbourne, Sydney Symphony Orchestras and The Metropolitan Orchestra. He has been guest with many of the nation’s leading chamber music groups including the Acacia Quartet, Omega Ensemble and the Sydney Camerata Quartet.

Nick appears regularly as a member of the Sydney Symphony Orchestra and has appeared with the Australian World Orchestra and the Australian Opera and Ballet Orchestra. Nick is a sought after chamber musician and performs as a member of Continuum Sax (Australia’s foremost saxophone quartet), Duo Histoire (with guitarist Murilo Tanouye). In 2014 Nick released his debut solo album Between Worlds and undertook a national tour.  In 2017 Duo Histoire released their second studio album Autumn/Winter and appeared as soloists with The Metropolitan Orchestra. Both these albums can be regularly heard on ABC Classic FM and Fine Music 102.5.

Alongside his performance achievements Nick’s original compositions for saxophone have been performed by saxophonists around the world. In 2019 Nick will be premiering new compositions with The Golden Age Quartet, appearing as a soloist with the Fellows of The Sydney Symphony Orchestra and presenting his music at the Royal College of Music, London. Nick is a Yamaha Australia Artist a D’addario Woodwind Artist and an Assosciate Artist of The Australian Music Centre. 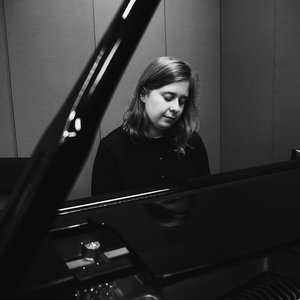 Over the past few years, Elizabeth has enjoyed falling down the rabbit hole of strange and beautiful silent films of the past and making music alongside them. Elizabeth has composed and performed live piano accompaniment for over 20 silent films as part of Australia’s Silent Film Festival. As part of the festival, Elizabeth has frequently collaborated with violinist Jane Aubourg and in 2017 they released “PhotoPlay” (album of soundtracks for 20th century avant-garde films).

Apart from putting on the silent film hat, Elizabeth loves to compose, make music part of ‘the music box project’, play the accordion and watch 30 Rock. 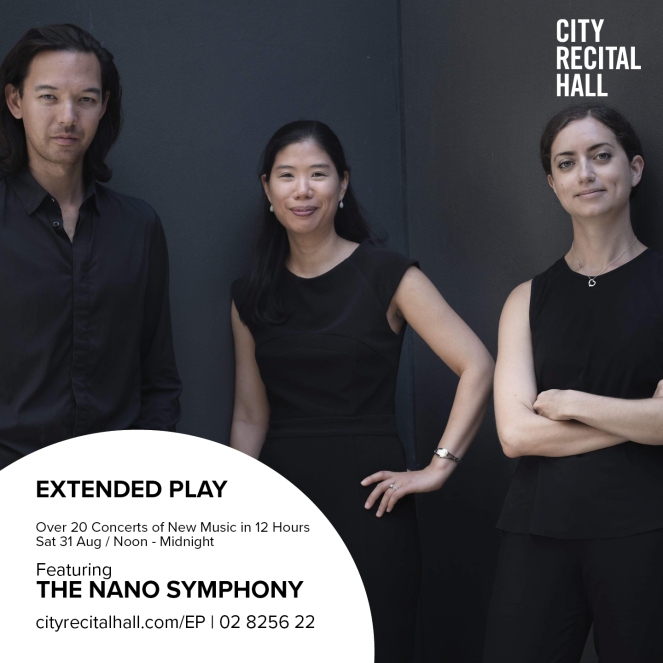 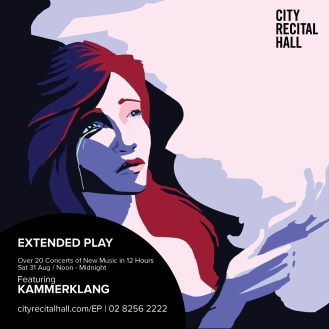 Extended Play is back in 2019 with over 20 concerts of eclectic, contemporary, challenging and dynamic new music across the entire four floors of the venue in 12 hours! The inaugural event last year was hailed as “the best new classical music initiative Sydney has seen in years” (The Australian), and an “exhilarating festival, wonderfully supportive of local artists and ensembles, emerging talent and an audience eager to engage.” (Real Time).

If you missed out on Extended Play last year, this is your chance to be part of something truly special in the Sydney music scene; and if you have been before, you know you can’t possibly resist coming back.

Kammerklang is excited to be present Cameron Lam’s latest song cycle, The Art of Disappearing at 12.15pm on Level 1 with guests Jenny Duck-Chong & the Geist String Quartet.

Join BackStage Music in the funky Annandale venue, “The Newsagency”, for their 2019 series – showcasing early career and established artists in back to back sets of living music made NOW. This is a space for experimentation, collaboration and the sharing of ideas.