Celebrating a collaboration that spans eight years of shared passion, for both music and videogames, Cybermemories merges the fun energy of early videogame music with the powerful expression of contemporary classical music.

In addition to solo and multi-tracked works (a specialty of Peter’s YouTube channel Soundole VGM Covers), the album features pieces with string quartet, percussion and piano – including the piano reduction of Cameron’s EWI concerto, Electric Phoenix.

Cameron Lam is the Artistic Director of Kammerklang, a Sydney-based new music and hybrid-art production company, Art Music Specialist at APRA AMCOS, and a working composer in his own right.
His compositional experience has always been based in practical work and experimentation. He is an avid dabbler and appreciator of the various arts, having completed his honours in Composition at the Sydney Conservatorium of Music and currently studying dance and static trapeze at B&B Studios in Marrickville.
Cameron has had the pleasure of working with and writing for many of Australia’s leading musicians such as acclaimed percussionist Claire Edwardes (The Colour of Woods, 2009), contemporary vocal ensemble Halcyon (Orphic Hymn #9: Selene, 2010), the internationally renowned Nexas Saxophone Quartet (Interweave, 2010), and YouTuber and EWI-ist Peter Smith aka Soundole VGM Covers (Daemon: The Pride of Difference, 2014).
In 2015, Cameron released his first song cycle, Fragments of Solitude, for soprano and piano, based on the poetry of Luis de Gongora, as a digital album on the Kammerklang label as well as a second album entitled Mana Cycle as series of short pieces each based on different styles of magic.
2016 has seen Cameron take on his first projects as videogame music composer and the release of Cybermemories – an entire album of music for the EWI (Electronic Wind Instrument) with long-time collaborator Peter Smith.

Peter Smith comes from a background as a classical clarinettist, completing undergraduate (2009) and postgraduate (2012) studies at the Sydney Conservatorium of Music, where he has also been a casual lecturer in musicology for the past five years. As a freelance clarinettist, he has had numerous engagements with high profile ensembles, including the Sydney Chamber Opera, the Australian Opera and Ballet Orchestra, and Halcyon, and has performed as a soloist and chamber musician in numerous recitals at the Sydney Conservatorium of Music. Peter also currently teaches clarinet performance at the Australian Institute of Music.

In recent years, Peter has increasingly devoted himself to the EWI (Electric Wind Instrument). In addition to using it as a concert instrument (his recital as part of the Australasian Clarinet and Saxophone Conference in 2013 is almost certainly Australia’s first solo classical EWI recital), Peter has built up a loyal online following producing multi-tracked covers of music from video games. He has released 4 albums of his own covers, and appeared on numerous cover album releases by Gamelark, The Materia Collective, Pixel Mixers, and Multiplayer. He was also a guest musician on ‘Determination: Purple Side’ by RichaadEB and Ace Waters, an album of covers from ‘Undertale’ which reached No. 1 in the Bandcamp charts in 2016.

His video game music covers can be found on his YouTube channel.

Alison Cameron is an Australian pianist, accompanist, chamber musician and educator. She studied with Larry Sitsky and David Miller graduating from The University of Sydney with a Bachelor of Music with Honours majoring in Accompaniment Studies and a Graduate Diploma of Education.

In 2006 Alison travelled to London to work as an accompanist and teacher. She has performed as soloist and associate artist for recordings, broadcasts, concerts and competitions throughout Australia and the United Kingdom.

This is Alison’s second recording for Kammerklang. 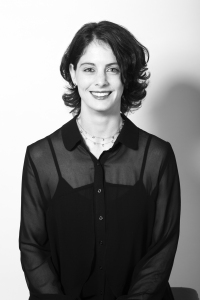 Kaylie Dunstan started learning percussion at the age of 13 and pursued her passion for music through local ensembles, the Sydney Youth Orchestra and the SBS Youth Orchestra. After receiving her Bachelor of Music (Performance) at the Sydney Conservatorium of Music, she spent three-and-a-half years working and studying in Germany. She returned to Sydney a little over a year ago, where she engages in teaching and performing and is currently enrolled in a master’s research degree at the Sydney Conservatorium, studying percussion theatre. Kaylie made her solo concert debut in April 2014 with the assistance of New Music Network.

Michaela Nachtigall, also known as “Mklachu”, is a classically trained violinist and violist located in the Bay Area. She received her Bachelor of Arts in Music at UC Berkeley. During her studies, she played both violin and viola with the UC Berkeley Symphony Orchestra under the leadership of Music Director David Milnes. She is also the violinist of Tetrimino, a four-piece band that covers video game music in a jazz-fusion style. Michaela has contributed her violin-playing in many remix albums such as Pokémon Reorchestrated: Kanto Symphony, Rogue Legacy: Reborn, Harmony of Heroes: Final Smash, Multiplayer (annual) charity albums, MATERIA – Final Fantasy VII Remix Album, FALLEN – Undertale Remix Album, and many more. Additionally, Michaela has been featured in OSTs of Steam games such as Damned and Fossil Echo. In her spare time, she enjoys learning new tunes on her Otamatone Deluxe along with composing music.

SungHa Hong is a South Korean cellist and contemporary singer currently attending Berklee College of Music on the Berklee World Tour Scholarship, and is studying with Eugene Friesen.

She has performed with the Singapore National Youth Orchestra (SNYO) in 2011, CODA (California Orchestra Directors Association) 2014 All-State High School Orchestra, and currently is performing with the Berklee Contemporary Symphony Orchestra. She also enjoyed performing as a vocalist in the Hongdae V-Hall in Seoul, as well as playing the lead role in her high school production of Seussical. In December, she will be performing as a cellist with the MIT (Massachusetts Institute of Technology) Festival Jazz Ensemble for Jacob Collier’s concert at the Kresge Auditorium.

Kammerklang (German for “Chamber sound”) is an Australian arts company specialising in the collaboration of music and other artforms, literally focusing on the fusion of sound and the “chamber” or space it’s performed in. Whether that space includes dancers, paintings, video projection, sculpture or circus performers depends on the project and nature of the works featured. The aim of Kammerklang is to present and promote new artistic creation that is inquisitive, detailed and accessible while still fostering exploration and communication between the arts. Featuring guest artists from all fields, a large chamber orchestra, and numerous young talented composers and artists, Kammerklang is “Sounds Made Real”.